The general rules of snooker shall apply in all matches played under the auspices of the league 2. League matches shall start at 7:30 pm prompt 3. One point shall be awarded for each frame won. In the case of two or more teams finishing with equal points at the top of any division at the completion of the league fixtures, the team with the highest number of match wins will be considered the winner. In the event of these being equal, there will be a play-off over 5 frames, drawn as per team knockout matches at a neutral venue decided upon by the committee. 4. Results of matches on the official cards MUST be received by the league secretary not later than 2pm on the Thursday of the week in which matches are played.( John Barrington League Secretary 8, Bunkers Hill Avenue, Dover, Kent, CT17 0GG or Rowing Club). Results texted, emailed or whatsapped by 11am on day following match. 5. No player may represent more than one team in the league during any one league season. In exceptional circumstances this rule may be waived by the league committee. Individuals who break this rule will be suspended from playing for any team in the league for the remainder of the season. 6. Teams who knowingly use players under an assumed name, or who knowingly use someone who has already played for another team during the season, will be barred from the league. 7. Promotion and relegation between divisions will be on a two up two down basis, with the proviso that more than two teams may be promoted in order to balance the number of teams in each division. 8. All visiting teams and their supporters must abide by the RULES and CONDITIONS applying in the home club. Home teams are responsible for any table costs due to the home club if applicable. 9. All clubs MUST be represented at the Annual General Meeting for registration purposes. 10. All new teams entering the league must be approved by the members at the Annual General Meeting, and if accepted, will start in a suitably agreed division as agreed by the committee . 11. Rules can be amended, added to, or deleted at a GENERAL MEETING of the league. All new proposals must be known to the league secretary in sufficient time for the inclusion in the agenda for the meeting, which will be circulated to all clubs at least 14 days prior to the meeting. 12. In a team knockout match a draw will be made to determine the order of play. 13. In a team knockout match over two venues, the match will be determined by frames won scored over ten frames. The team with the most frames will be the winner. In the event of a 5-5 draw, the highest recorded break will determine the winner. 14. Any matches claimed shall be submitted to the league committee for a points for and against decision. This decision will be final. 15. All teams must field (and play) five players for each match. The team order of play must be written on the result card before play commences (a substitute players name may be added to the bottom of the list, but must be done before play commences)Any changes of order to be agreed by the captains. Any team not fielding a full team, see rule 18.

A match win will be awarded with one point for each frame. In the event of teams tied a play-off will take place at a neutral venue.

18. Teams unable to field a full side may draw one team member to play again. Each team member may only be drawn TWICE per season. All eligible team players present must be put in the draw (even if they are leaving early). Once you have been drawn twice you are no longer eligible to go in the draw again for the season. The draw must be made before the card is filled in and before play starts. If drawn you MUST play the drawn frame as the 5th frame. You may not play 2 frames in a row. ( not 4th and 5th frames). This rule cannot be used for the last 4 league matches regardless of who has or has not been drawn to play. You MUST inform the secretary before using this rule or your drawn frame will be forfeit. Any team found to be abusing this rule will forfeit the fifth frame as well as extra points deducted, decided by the committee.

19. A team must still play irrespective of numbers. They will be allowed to draw one player to play twice (in the last frame) but this player must not play two consecutive frames unless they are the only player. Again, the team captain must obtain special dispensation from the secretary as required under rule 18.

All matches are to be played on their designated dates. Matches are only to be re-arranged under exceptional circumstances, such as severe weather, and only with the consent of the league secretary. Any teams abusing this will face penalty points.

21. Players only, may become officers or members of the committee. You must be a member of the league for a minimum of 2 years to serve as an officer. Anyone serving must not have a vested interest in any snooker club linked to the league.

22. Rule 18 & 20 do not apply for team knockout matches. If you have 4 players then that game is forfeit as well as the high break for the two matches. Less players will incur heavier penalties. If you do not field a team, you are out.

23. Any team not completing the full fixtures will be subject to penalty points & player fines, this will be decided at a committee meeting. Any person playing in the league will be deemed to have accepted this decision.

PLEASE READ THE RULES IN CONJUNCTION WITH THE LEAGUE CONSTITUTION

PLAYERS ARE ASKED NOT TO PRACTICE ON SPARE TABLES AFTER THEIR TEAMS MATCH HAS STARTED AND BEFORE THEY HAVE PLAYED THEIR MATCH.

This is not only ungentlemanly behaviour, but is also unfair to the opposition.

WILL ALL PLAYERS RESPECT THEIR OPPONENTS AT ALL TIMES AND THINK BEFORE MAKING ANY COMMENTS.

WE ARE A GENTLEMENS LEAGUE AND EXPECT RESPECTFUL CONDUCT AT ALL TIMES. THE DECISIONS OF CLUB OWNERS AND MANAGEMENT MUST BE SEEN AS FINAL, AND THE LEAGUE CANNOT GET INVOLVED OR INFLUENCE DECISIONS MADE BY CLUB OWNERS OR REPRESENTATIVES WITH REGARD TO THE RUNNING OF THEIR CLUB. 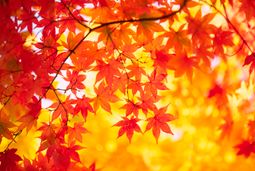